Three Dimensional Map Being Made 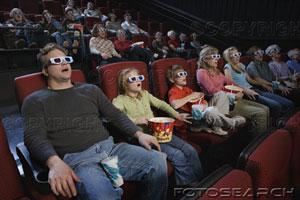 From AGI Online--an interesting story about a tri-dimensional map of Venice is being made. Can't wait to see it!

VENICE: LASER AND SATELLITE FOR CITY TRIDIMENSIONAL MAP
(AGI) - Venice, Oct. 17 - Satellite and laser techniques will be used to provide a complete and through scanning of Venice calli, campielli and fondamente, an unusual tri-dimensional map soon available on the internet and available for everyone. The Ramses project organised by Insula, the Venitian company dealing with the recovery and the safety of the city, has now started: it is an original project that will carry out the complete tri-dimensional representation of the pavements of Venice historical centre. The planimetry and the altimetry of the various parts of Venice will be surveyed with thorough precision (single centimetre after centimetre, and not every 10 centimetres like they used to do in the past). A precise knowledge concerning the pavements will allow the municipality to predict the extension of areas that can be affected by high waters, to calculate the distance between houses and to optimise the utilisation of trestle bridges for permitting the transfer of people and goods. The administration will also be able to use a photographic and planimetric survey for its maintenance works of water, sewer, electric and telephone networks present in the delicate underground of the historical centre.
-
COPYRIGHTS 2002-2006 AGI S.p.A. 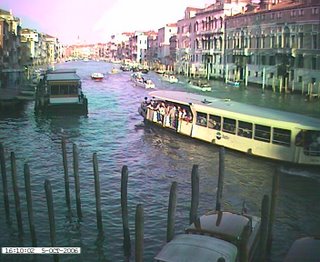 Lately I've been reading about crowds in Venice, in all of Italy actually. If this photo from the webcam is any indication, there are some crowds.

Anybody in Venice today? Did you run into crowds?
Posted by SharonZ at 11:14 AM No comments:

Get Ready to Pay to Play in Venice 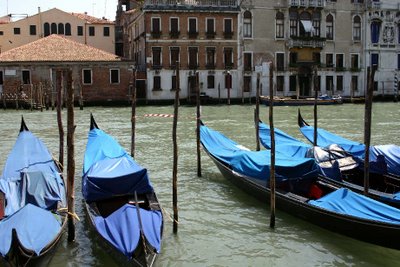 As the following article says, a tourist tax may be coming to visitors to Venice. It's fine with me; I don't mind paying for the privilege of spending time in Venice. I think people who come in for the day should be charged 10 euro!

Venice Mayor Massimo Cacciari said on Monday that a tax on tourists visiting the lagoon city was definitely on the cards.

Cacciari said that 2007 budget plans approved in Rome this weekend by the centre-left government appeared to contain practically no funds for Venice, either for routine work or special projects such as the Moses flood barriers.

But it does contain a provision for 'city taxes', allowing municipal authorities to impose a levy of up to five euros a night on tourists.

This could prove a useful way of lessening Venice's cash problems, Cacciari said.

"We'll see what form to give it but it was inevitable that we would move in this direction. We'd already decided on something like this anyway," Cacciari said.

The mayor said his administration has already discussed such a toll with representatives of the tourism sector, who agreed that it was necessary if the city was to deal with the volume of tourism it now attracts.

Some 15 million people visit Italy's most romantic city every year, bringing in cash but also stretching its infrastructure and resources to the limit.

"The money from this tax must be used to improve services, for example transport or street cleaning," Cacciari said, adding that on Saturday the council would discuss possible approaches.

Venice receives special funding from the Italian government partly because of its status as an important city of culture and tourism, but also because of the specific problems connected to the fact that it is gradually sinking into the lagoon. Certain important restoration initiatives are also paid for by Save Venice, a New York-based organisation which collects funds from people who love the city and want to preserve it.

Cacciari complained that the government's new budget seemed to have ignored projects which had already been approved in the area of restoration work and home building for Venice's inhabitants.

"To keep the current projects going we need at least 100 million euros," he said.

He also said the government had "gone silent" on the matter of the Moses flood barrier system devised to protect the city from increasingly frequent high tides.

Part of the costly system is already in place and, in the wake of recent opposition to it, urgent decisions need to be taken on whether it should continue, the mayor said.

These decisions could only be made if the government organised meetings immediately with experts and local administrators, he said.


© Copyright ANSA. All rights reserved
Posted by SharonZ at 8:17 PM No comments: